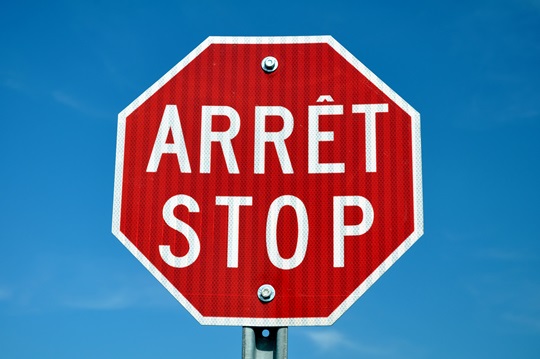 When you’re involved in an accident in Canada, you are obligated by law to stop, offer assistance, call the police if there are injuries or significant damage, and give your contact information to the other driver. If you fail to perform any of these duties, you may be charged with several accident-related offences, including Failing to Remain.

Penalties for Failing to Remain Under the Highway Traffic Act

The first thing you need to know is that the police could potentially charge you under two different statutes: the Ontario Highway Traffic Act (HTA) or the federal Criminal Code. In general, a charge of “failing to remain” under HTA is used when defendants flee the scene of minor accidents, while federal charges of “failure to stop” are brought in severe crash cases.

Since failing to render aid can cause unnecessary suffering or loss of life, court penalties for a “failing to remain” charge are particularly aggressive. Under the Highway Traffic Act, any person directly or indirectly involved in an accident who is convicted of leaving the scene may face:

Penalties for Failure to Stop Under the Criminal Code of Canada

While offences charged under HTA must occur on the roadway, the offence of “failure to stop” under the Criminal Code can happen anywhere in Canada. Anyone in control of a vehicle, vessel, or aircraft which failed to stay at the scene of an accident with a vehicle, craft, or cattle could face federal penalties, including:

What Do the Police and Prosecution Have to Prove to Convict Me?

The police need to show beyond a reasonable doubt that you were involved in the crash and you failed to render aid. However, many factors could call your liability or even your participation in the accident into question.

Under the Highway Traffic Act, the prosecution will need to prove that:

Under the Criminal Code of Canada, police are required to prove intent to charge and convict you of “failure to stop.” That is, they have to prove that you knew that an accident occurred and you made a choice to flee the scene rather than stay and offer help.

How Can I Help My Defence?

Police may respond to a report of failing to remain immediately, coming straight from the accident scene to a suspect’s door. However, an officer may also contact you days or weeks after the incident occurs as part of an investigation. No matter when you receive a ticket or summons, you should never give a statement to the police without having legal advice first.

If the police contact you after a hit-and-run accident, you may be interviewed by an officer to “tell your side” of the story or invited to help the police “fill in the gaps” as to what happened on the day of the crash. Unfortunately, these are common tactics police officers use to get suspects to provide evidence against themselves—and anything you say can be used against you in court.

Remember, it’s up to the police and prosecution to prove you were present at the scene. They may only have a report with vague details, such as “blue car with a male driver.” If they can get you to admit that you were involved in the crash or even driving on the same road, you are essentially doing their job for them.

Have You Been Charged With Failure To Remain Or Report A Car Accident In Ontario?

If you've been charged with failure to remain at a car accident or failure to report a car accident in Ontario you should contact us as soon as possible. We have skill and experience in helping drivers just like you respond to accusations of failing to report a car accident or failure to remain at the scene and provide free, confidential consultations to empower you to fight your charges. We help drivers throughout Ontario including Cambridge, Georgetown, London, Windsor and from our home office in Kitchener. Contact us online or call us directly at 1.866.591.9206 or text us a copy of your ticket to 226.240.2480.