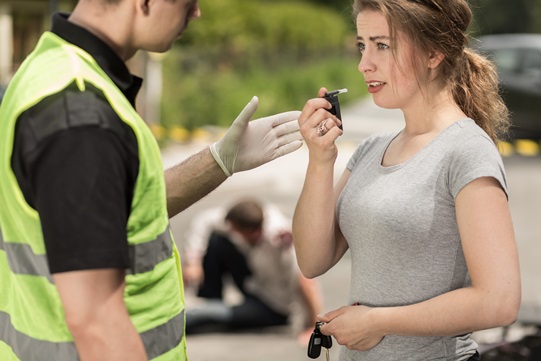 If you've been charged with driving under the influence, you may be tempted to accept the consequences to put the incident behind you. However, pleading guilty to the offence won't make it go away—in fact, it allows the incident to follow you through the rest of your life. Unless you fight the charge now, your criminal record could prevent you from studying, earning a living, or fully participating in society.

What Are the Penalties for Impaired Driving?

The Canadian Criminal Code doesn't require a minimum blood alcohol content (BAC) to charge a driver with DUI. In Canada, police may charge anyone with impaired driving whose "ability to operate [a vehicle] is impaired by alcohol or a drug, or by a combination of alcohol and a drug."

Penalties for breaking federal DUI laws vary depending on whether a driver:

Is a first-time offender.

A first DUI offence carries a minimum fine of $1,000 and a one-year suspension of your driver's licence. A second DUI offence within ten years can result in a minimum of 30 days in jail, and any subsequent DUI conviction carries a mandatory minimum of 120 days in prison.

Is subject to Zero Tolerance laws.

Some drivers are prohibited from having any alcohol or any amount of cannabis in their system while operating a vehicle. This includes drivers who hold a G1, G2, M1, or M2 licence, drivers 21 years of age or younger, and drivers of vehicles that require Commercial Vehicle Operator's Registration (CVOR). Even a trace amount of alcohol or cannabis in your body could result in licence suspension and jail time upon conviction.

Has caused a collision.

In addition to court penalties, the judge could order additional conditions to your sentence. One of these is a restitution order, which compels you to compensate any victims who suffered injuries due to your impaired driving.

You may be granted probation after (or instead of) a jail sentence. The terms of your probation could include mandatory participation in alcohol treatment or drug assessment program or completion of community service.

You could potentially be charged under the Ontario Highway Traffic Act (HTA) as well as the Criminal Code of Canada, adding additional fines and penalties to your sentence.

While we don't condone driving under the influence, we also know that both drivers and members of law enforcement can make mistakes. Just as drivers are expected to follow the laws, police officers must follow protocol when detaining and arresting drivers.

You may be able to defend against a DUI charge if:

You were stopped just after taking a drink.

If the police arrested you just after you left a bar, your body might not have had time to metabolise the alcohol in your stomach. Commonly known as the "last drink" defence, it explains how you may not have been impaired at the time of driving but fail a breath or blood test administered later.

You were pulled over without cause.

Police officers need reasonable and probable grounds to stop a vehicle. This is more than just a suspicion of impairment—police need a credible and viable reason to pull you over. Examples of reasonable grounds include dangerous behaviour, driving excessively slow or fast, sudden braking, or violation of traffic laws. Police must also have probable grounds for making an arrest, such as an open container of alcohol or the presence of cannabis close to the driver. If your rights were violated, the judge might be forced to drop or lower the charges against you.

Your breathalyzer reading was inaccurate.

If the breathalyzer test was not administered quickly or the machine was not appropriately operated or maintained by the department, the test results may be called into question.

Officers disagree on the facts.

Multiple witnesses can strengthen the case against you, but they can also uncover inconsistencies in the prosecution's claims. For example, prosecutors in Canada must prove that driving ability was impaired by drugs or alcohol, not just that drugs or alcohol were present in your system. If an officer claims you were driving erratically, but your passenger says you weren't, the police may not have had reasonable grounds to pull you over.

Have You Received A Citation For Impaired Driving In Ontario, Quebec, Michigan or New York?

If you've recently received a traffic citation in Ontario, Quebec, Michigan, or New York, OTD Ticket Defenders offers a free initial case review to explain your rights under the law. Contact us today to set up a no-cost consultation, or text a picture of your ticket or summons to (226) 240-2480 for a fast and free evaluation of your case. We service all areas of Ontario including Kitchener, Cambridge, Georgetown, London and Windsor.