Displaying a Screen In Your Vehicle? You need to read this! 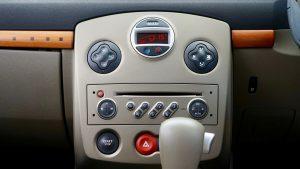 Modern technology has been spreading through almost every facet of modern life in Ontario.  People can now hold in their hands an electronic device that holds more computing power than was used to land on the moon.  It is possible to take a picture and send it almost immediately to someone on the other side of the planet.  It is also possible to stream movies to your cell phone or other electronic device almost anywhere that you go.  But how might that apply to the vehicles that we drive on a daily basis?  What does Ontario’s Highway Traffic Act have to say about being able to view the display screens of such devices while we drive?

Those are important questions to ask.  Every single day, Ontario’s various regional police or OPP are travelling our roadways to ensure that people are obeying the laws and are being kept safe.  Undoubtedly you’ve driven past the familiar scene of a car or truck stopped at the side of the road with a police car parked behind with its emergency lights flashing, as the police officer is writing out a ticket.  Perhaps you’ve even been the person stopped at the side of the road being charged by the police.  Being charged by the police is serious.  If convicted at court you can end up with serious penalties that could impact you for years into your future.  You could receive a court fine, a record of conviction, demerit points, CVOR points, a licence suspension or cancellation, escalated sanctions penalties for novice drivers, an increase to your insurance costs.  Some serious offences can even result in imprisonment.

If you have been charged by the police, one of the simplest and most cost effective ways to protect yourself and your interests is to hire a paralegal.  Paralegals are trained and regulated by the Law Society just as lawyers are.  OTD Ticket Defenders Legal Services assists clients across the province with charges such as those issued under Ontario’s Highway Traffic Act or Compulsory Automobile Insurance Act virtually every week day.  We’re here to help you.  If you have been charged by the police, you can submit an online consultation request and one of our staff will contact you to go through your case history and details with you as well as answer any questions that you have.  If you have a more general question, you can submit a blog question and we’ll make sure that we either include it in a future article or at least send you a direct response with an answer.  Hopefully this week’s article discussing the law surrounding display screens of electronic devices will help you stay on the right side of the law and avoid problems with the police.

What Does Ontario Law Say About Driving With A Display Screen Visible?

78 (1) No person shall drive a motor vehicle on a highway if the display screen of a television, computer or other device in the motor vehicle is visible to the driver.  2009, c. 4, s. 1.

The prohibited devices include:

The rather ambiguous “other devices” definition should certainly be concerning.  Does this mean any and all electronic devices with a display screen cannot be visible to the driver of a vehicle?  Fortunately there are specific devices that are given a legal exemption that we’ll talk about next.

Are There Specific Display Screens That I’m Allowed To Look At While Driving?

(2) Subsection (1) does not apply in respect of the display screen of,

(a) a global positioning system navigation device while being used to provide navigation information;

(b) a hand-held wireless communication device or a device that is prescribed for the purpose of subsection 78.1 (1);

(c) a logistical transportation tracking system device used for commercial purposes to track vehicle location, driver status or the delivery of packages or other goods;

(e) an instrument, gauge or system that is used to provide information to the driver regarding the status of various systems of the motor vehicle.  2009, c. 4, s. 1.

The exempted devices include:

Are There Any Specific Drivers That Are Exempt From Display Screen Laws?

Yes.  There is a special exemption provided for certain drivers under Highway Traffic Act section 78(3) as follows:

The following drivers are exempt from charges under Highway Traffic Act section 78(1):

Are There Any Other Legal Exemptions For Display Screens?

Yes, but this is where it gets complicated.  Highway Traffic Act section 78(4) provides the government the authority to create other regulations outside of the HTA regarding display screen law exemptions:

(4) The Minister may make regulations exempting any class of persons or vehicles or any device from this section and prescribing conditions and circumstances for any such exemption.  2009, c. 4, s. 1.

This is where hiring a paralegal can be of great value.  Paralegals spend their lives studying the law and the court process.  If a paralegal doesn’t immediately know the answer to a question regarding a specific part of the regulations, they know how to find the answer for you.

What Are The Penalties For A Conviction?

The penalties for a conviction under one of the subsections related to display screen use are detailed under Highway Traffic Act section 78(5) as follows:

(5) Every person who contravenes this section is guilty of an offence and on conviction is liable,

The interesting thing about the above penalties for a conviction, is that they escalate.  Each time that you receive an offence, the penalties get worse:

It is important to note that these fines are only the base portion issued by the court.  They are also subject to an additional victim fine surcharge.  This would result in a worst-case maximum total-payable fine of $3,750.00 for a third or later offence.

Can My Licence Be Suspended For A Display Screen Device?

(6) If a person is convicted of an offence under this section, the Registrar shall suspend his or her driver’s licence,

(a) for a first offence, for three days;

(b) for a first subsequent offence, for seven days; and

Similar to the escalating court fines for these offences, the length of the mandatory licence suspension depends on whether it is a first, second, or third or later offence:

For How Long Is A Conviction For A Display Screen Offence Considered “Subsequent”?

Under Highway Traffic Act section 78(7) a previous conviction within 5 years is considered when determining a subsequent offence:

What Should I Do If I’m Charged By The Police?

Being charged by the police is serious.  Especially for offences such as those under Highway Traffic Act section 78 for the use of display screens while driving.  These offences carry fines into the thousands of dollars and carry mandatory driver’s licence suspensions.  A conviction can also result in serious consequence for your insurance costs.  OTD Ticket Defenders Legal Services has a team of administrative and paralegal professionals here to help you.  If you have been charged in Ontario, Quebec, or the northern United States, our team is here for you.

Have You Been Charged With Cell Phone Use Or Distracted Driving In Ontario?

If you've been charged with distracted driving in Ontario you should contact us as soon as possible. We have skill and experience in helping drivers just like you respond to accusations of cell phone use while driving or distracted driving and provide free, confidential consultations to empower you to fight your charges. We help drivers throughout Ontario including Cambridge, Georgetown, London, Windsor and from our home office in Kitchener. Contact us online or call us directly at 1.844.647.6869 or text us a copy of your ticket to 226.240.2480.