What's the difference between dangerous driving and careless driving? 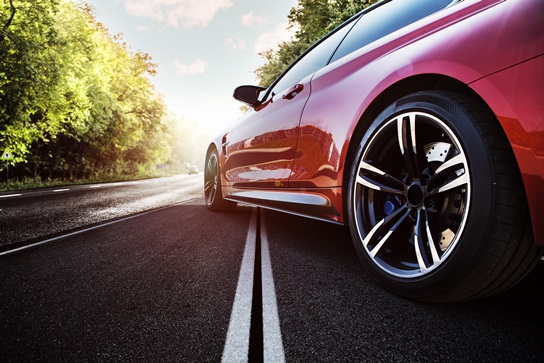 While dangerous driving and careless driving may sound like similar offences, there's a big difference between the two charges. Dangerous driving is the more serious of the two offences and can result in significant jail time, high fines, and the creation of a criminal record.

What Is Careless Driving?

Careless driving is an offence under the Ontario Highway Traffic Act (HTA). It carries a maximum imprisonment term of two years, up to five years' licence suspension, and six demerit points on your driving record. However, it's a non-criminal charge, meaning you will not have a criminal record after being convicted or pleading guilty to the offence.

On the other hand, dangerous driving—also known as dangerous operation of a vehicle—is a criminal charge under the Criminal Code of Canada. If you are convicted or plead guilty to dangerous driving, you will have a criminal record in addition to serving time, paying fines, and paying more for your insurance.

Examples of careless or dangerous driving include:

Any irresponsible driving could fall under the definition of careless or dangerous driving. Some offences could be charged under either law, making it vital for defendants to have an experienced traffic defence team that can get the charges reduced.

What Is Dangerous Driving?

Anyone who operates a conveyance in a manner that, having regard to all of the circumstances, is dangerous to the public commits this offence.

Anyone who operates a conveyance in a manner that, having regard to all of the circumstances, is dangerous to the public and causes bodily injury to another person as a result commits this offence.

Anyone who operates a conveyance in a manner that, having regard to all of the circumstances, is dangerous to the public and causes the death of another person as a result commits this offence.

Dangerous driving can result in a wide variety of penalties based on the specifics of your case, such as your age, your previous driving record, and whether your behaviour caused any injuries. Some potential aggravating circumstances that could affect your sentence include:

A summary conviction for dangerous operation results in a maximum jail sentence of two years, while conviction on indictment may result in imprisonment for up to 10 years.

If you failed to stop after an accident or attempted to flee from a police officer, you will be charged with an indictable offence of dangerous driving and liable to face up to 10 years imprisonment.

A driver who shows wanton or reckless disregard for the lives or safety of other persons can be held criminally negligent. For example, stunt driving that results in a fatal collision is punishable by possible life imprisonment.

Let Us Advise You During This Stressful Time

In order to get a conviction for dangerous operation, prosecutors must prove that the driver was aware that their actions posed an increased risk of danger to the public. In addition, many mitigating factors can result in reduced sentencing or conviction under the lesser charge of careless driving.

If you've been charged with careless driving in Ontario you should contact us as soon as possible. We have skill and experience in helping drivers just like you respond to accusations of careless driving and provide free, confidential consultations to empower you to fight your charges. We help drivers throughout Ontario including Cambridge, Georgetown, London, Windsor and from our home office in Kitchener. Contact us online or call us directly at 1.866.591.9206 or text us a copy of your ticket to 226.240.2480.

by Ron Harper [email protected]
A licensed paralegal with over 30 years of experience in traffic offences. Founder of OTD Ticket Defenders.