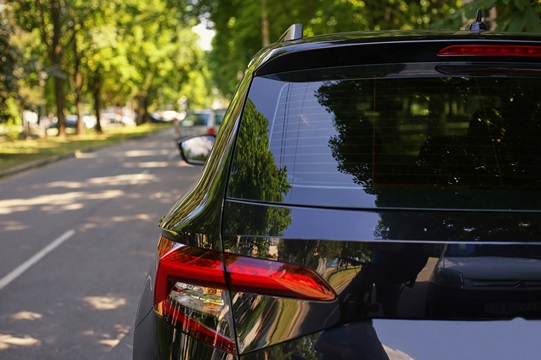 Sharing the road means following other drivers at a safe distance. However, it’s possible for a moment of distraction or inattentiveness to result in a ticket for following too closely. Don’t let one mistake pose an undue financial burden—contact our experienced legal professionals to learn more about your options for fighting this charge.

What the Law Says About Following Too Closely

Following too closely is discussed in section 158 of the Highway Traffic Act of Ontario. The law reads, “The driver of a motor vehicle or street car shall not follow another vehicle or street car more closely than is reasonable and prudent having due regard for the speed of the vehicle and the traffic on and the conditions of the highway.”

Note that the law does not require you to maintain a specific following distance. This means the decision to issue a ticket is often a judgment call from the officer and thus open to interpretation. This makes it in your best interest to fight the charge instead of simply pleading guilty.

If you receive a ticket for following too closely, the penalty includes:

Following Too Closely Is Considered a Major Offence

In Ontario, traffic tickets are classified as either major or minor offences. While still not a criminal charge, a major offence is considered much more serious and thus more likely to result in a licence suspension and significantly increased insurance rates. Under the law, following too closely is considered a major offence.

A major offence on your record increases your risk of a licence suspension. Demerit points stay on your driving record for two years after the offence date—and apply to all tickets in Ontario, as well as those in other Canadian provinces and territories, the State of New York, and the State of Michigan. If you are a novice driver with a G1, G2, M1, M2, M1-L, or M2-L licence, your licence will be suspended if you have nine or more points on your record. If you have a full licence, accumulating 15 or more points will result in a suspension.

Additionally, a major offence on your record will raise your insurance premiums. Even if you have no other tickets on your record, this charge could result in a double-digit premium increase. The enhanced rate for being a high-risk driver typically stays on your record for three years. This makes the total financial penalty associated with a ticket for following too closely much higher than the initial fine and government victim surcharge.

In most cases, the Highway Traffic Act treats commercial drivers and ordinary motorists equally. However, there is a special exception for tickets related to following too closely. If you are driving a commercial motor vehicle at a speed of 60 km/h or more, you must leave at least 60 metres between your vehicle and the vehicle in front of you. As you might expect, this law can be difficult to follow in stop-and-go traffic or if you are behind a vehicle travelling at a fluctuating speed.

Although the specific required following distance makes it harder for a commercial driver to fight a ticket for following too closely, the strict penalties associated with the charge make it in your best interest to consult a paralegal before pleading guilty. Knowing all of your options can help you make an informed decision about how to proceed.

OTD Legal Is Here to Help

When you receive a ticket for following too closely, you generally have 15 days to respond. The response deadline should be printed on the ticket itself.

OTD Legal can assist in your ticket defence by challenging the credibility of the officer and any witnesses who are testifying against you, presenting alternative evidence, or arguing for the exclusion of evidence that does not benefit your case. While it’s not possible to guarantee a specific outcome, you can trust that we will do everything in our power to help you achieve the best possible result. We can handle all matters on your behalf, so you won’t need to appear in court unless you wish to do so.

by Ron Harper [email protected]
A licensed paralegal with over 30 years of experience in traffic offences. Founder of OTD Ticket Defenders.
Click Here For a Free Quote