Morrisburg is in eastern Ontario and part of the Municipality of South Dundas. This picturesque and charming community is also the largest living historical site in Canada due to its location alongside the St. Lawrence River. Rich with Canadian history, Morrisburg is the perfect travel destination, and only one hour east of Ottawa. The Provincial Offences Court in Morrisburg is located at 6 Fifth Street West. The court tries Provincial Offences tickets issued by the Ontario Provincial Police or Ministry of Transportation, who monitor and enforce the law in the town of Morrisburg.

With many people travelling to Morrisburg throughout the year, it is not uncommon for drivers to be issued a traffic ticket under the Highway Traffic Act. Amongst other penalties, traffic tickets carry demerit points that range from zero to seven, and are usually classified as either minor, major, or serious by your insurance company.

Zero to three demerit point charges are generally considered to be minor. However, there are plenty of exceptions. For example, if you were charged with Drive – Handheld Communication Device, this charge carries three demerit points, but it is classified as a serious offence by insurance companies. A major conviction causes most people serious grief when it comes to their insurance premiums and renewal. Even minor violations can have a big impact on your insurance premiums, especially if the insured has previous convictions or has been involved in a traffic accident.

Four to seven demerit point charges are generally considered to be major charges by insurance companies. There are exceptions to this as well. If you were convicted of Failing to Report an Accident, you would only be assigned three demerit points, but it is considered a major offence by most insurance companies. A conviction for a major offence usually causes significant insurance increases.

Serious offences can have demerit points that range anywhere from zero to seven points. These charges have significant penalties and insurance implications associated with them. For example, Driving While Under Suspension has zero demerit points but has a maximum fine of $5,000.00, up to six months of imprisonment, a mandatory six-month licence suspension, and significant insurance rate increases. Most convictions for serious offences will cause you to be considered a “high-risk” driver. Insurance companies that insure high-risk drivers do so at a significantly higher premium, since there is a higher chance of the driver making an insurance claim. Having multiple serious charges could result in a driver being required to obtain facility insurance. Facility insurance is reserved for only the highest-risk drivers and is unaffordable for most Ontarians.

It is obviously best to avoid being surprised by a significant insurance rate increase or being completely dropped by your current insurance provider. We can help you figure out the next steps. Call us for a free consultation to discuss your traffic charge. We will determine if you have been charged with a minor, major, or serious violation and the best way to proceed. You can email a copy of the ticket or summons you received, as well as your phone number, to info@otdlegal.ca. Once we receive a copy of the document, we will call you for your free consultation to discuss your options.

“I had really wonderful experience with OTD Legal Team they are truly Trustworthy and Responsive. Will definitely recommend to everyone who is in trouble especially for speeding tickets.”

“Excellent and professional service, they helped my mom and demonstrated good advocacy, professional and helpful way. I highly recommend them.”

“Amazing company! I had a pretty serious charge and they had it withdrawn! I can’t thank you enough for your help and talking me through the process, great job.”

“Great company to deal with. Looked after my issue without me being there and saved me a huge amount of money. Highly recommend them. Thanks so much!!!”

“Helped me out HUGE! Totally saved the day when I got wrongfully charged. Highly recommend!!!” 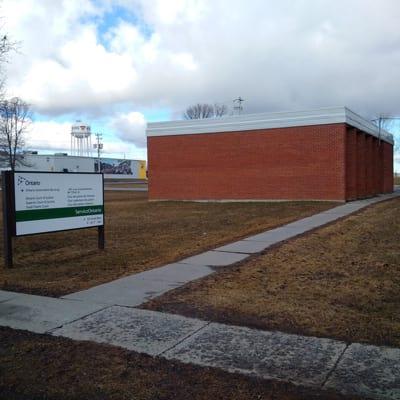