Driving without a licence is a serious offence that carries a criminal charge in some cases. Drivers who operate motor vehicles in Canada, despite being prohibited from doing so, face driving while disqualified charges, a serious criminal offence. 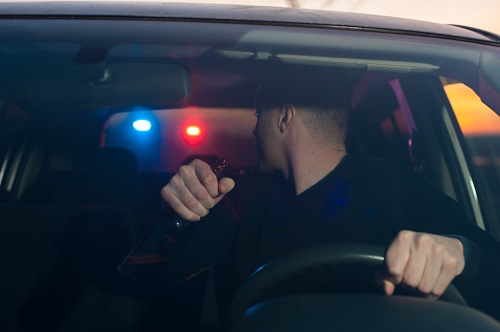 If you face charges of driving while disqualified, the prosecutor must prove three things to secure a conviction.

What Qualifies as a Motor Vehicle?

The term motor vehicle applies to more than cars, though it doesn’t include railway equipment. Under the Criminal Code, a motor vehicle consists of any equipment drawn, propelled, or driven by means other than muscle power. The definition includes airplanes, farming equipment, and construction machinery.

What Causes Somebody to Be Disqualified From Driving?

Judges disqualify people from driving for many reasons, including impaired driving and dangerous driving convictions. Though you’re technically driving without a licence, disqualified driving involves a little more because you chose to disobey a judge’s order.

Penalties If You Are Charged For Driving While Disqualified In Ontario

What Happens When Your Disqualification Ends?

It is important to take proper steps to reinstate your licence because you cannot start driving immediately after your disqualification ends. Each province handles licence reinstatement differently, but it usually involves payment of fines and attendance of court or government-mandated programs.

Though driving while disqualified and driving while suspended sound like similar offences, there are a few important distinctions. Understanding the difference between the two charges is critical because the penalties attached are significantly different.

On the other hand, driving while suspended falls under provincial law and does not result in a criminal trial or criminal record. This distinction is important because provinces can suspend licences for non-criminal activities, like unpaid child support.

Legal Defence For a Driving While Disqualified Charge

Facing a driving while disqualified charge can be daunting. It’s important to understand your rights, what you’re facing, and what you can do to improve your situation. Contacting a legal representative is your best option because experienced criminal lawyers know how to build a proper defence and hopefully reduce your charges.

Have You Been Charged With Driving While Disqualified In Onatrio?

If you've been charged with driving while disqualified in Ontario you should contact us as soon as possible. We have skill and experience in helping people who have been charged with driving while disqualified and provide free, confidential consultations to empower you to fight your charges. We help drivers throughout Ontario including Cambridge, Georgetown, London, Windsor and from our home office in Kitchener. Contact us online or call us directly at 1.844.647.6869 or text us a copy of your ticket to 226.240.2480.